All episodes of TVF PITCHERS – India’s answer to Silicon Valley.
Both ranked in the IMDB Top 250 Shows alongside shows like Seinfeld, House of Cards, Sherlock.

THE MAKING OF: our mockumentary series – a behind the scenes look at how the best in the business go about their business, now in Season 2.

BARELY SPEAKING WITH ARNUB: the talk show with a twist. Watch Shah Rukh Khan & Kejriwal be interviewed by our own loud mouth news anchor, who is not Arnab Goswami from Times Now.

CHAI SUTTA CHRONICLES: our cult classic video web series about nothing over a cup of tea and a death stick

GIRLIYAPA: very talented female friends who claim they are “Not From Venus” 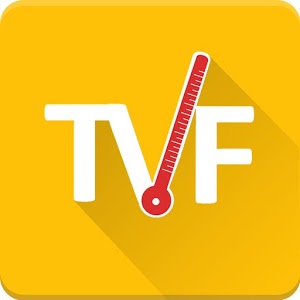