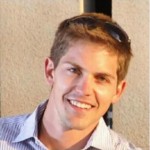 Greg has dedicated his entire career to sustainable development across the globe. Over the past six years, Greg worked in various financial, operational, and strategic roles within the international energy and infrastructure sectors. During this time, Greg was involved with projects on six continents, totaling over $12 billion. His primary focal areas within the sector included solar power, wind power, and energy storage. Greg previously held positions in investment banking, private equity, corporate business development, and energy policy formulation with Fieldstone Private Capital Group, Cerberus Capital, International Power, and the City of New York respectively.

Prior to co-founding Zoomcar with David, Greg studied at USC’s Marshall School of Business, where he was the Founder and President of the USC Energy Club, Southern California’s largest such club. Greg is also a graduate of the University of Pennsylvania, where he holds a degree in International Relations.

While he’s not busy Zooming, Greg enjoys playing piano and hitting the golf links. He is also deeply passionate about competitive eating and he remains hopeful that someone will take him up on a dosa eating competition sometime soon.