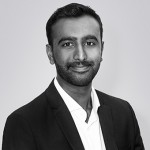 Rohan Philips is the Asia Pacific Vice President of Products and Strategy at Xaxis.

As VP, Rohan is responsible for developing Xaxis capabilities across the region. This includes defining the strategy for the various Xaxis business units, developing proprietary technology and establishing strategic partnerships to
ultimately deliver best in class programmatic products.

Since joining Xaxis in 2012, Rohan was responsible in launching 13 markets across Asia Pacific along with setting up the regional operational hubs.

Prior to Xaxis, Rohan played key roles in data and technology teams across Europe and Asia. At Mediacom he was responsible for launching and managing P&G’s programmatic initiative across the region. Rohan’s programmatic journey started in London where he was part of the digital performance team that managed campaign
performance across traditional display, programmatic, affiliates and aggregators at Vivaki.