Guide the mouse through the maze collecting the cheese and avoiding the cats. Tapping a direction arrow will move the mouse in that direction until it comes to a wall or until you tap another arrow which will move it in that direction the next time it can. Once you have collected all of the cheese you can progress to the next round. You can deploy fish and catnip to help defend against the cats. When a cat runs into a deployed fish he will stop for a short time to eat it. If a cat runs into a bowl of catnip he will eat it and become harmless for a short time which is indicated by it becoming transparent. In the maze there are five mouse holes which can transport you to another mouse hole. Two always take you to the same place and the other to a random mouse hole. As you progress through the rounds the cats get smarter. Sometimes an extra fish or catnip appears in the maze which you can collect to use. You have three extra lives to use during the game but once they are gone you have to start from the beginning again. 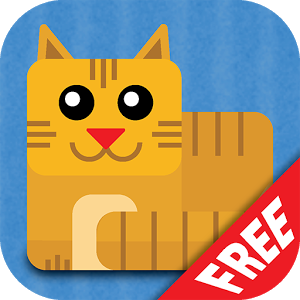