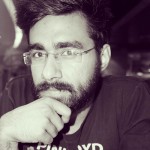 Bharat Sethi is a start-up enthusiast with a lot of interest in building marketplaces, e-commerce, and retail design. He started selling art on Ebay at age 16 while still in school. He founded PosterGully in early 2012 as a side project to continue with his interest in solving the monetisation problem for artists & designers. Since then, he’s played an integral part in building a cult brand within its target audience, getting over 6 million users to the unique marketplace and raising capital from some of the well known investors in India. He has been published in Huffington Post, Entrepreneur, TNW, Quartz, Business Insider including many other business magazines. He is also been regarded as one of the Top 25 Most Influential Leaders in Indian E-Commerce by Asia Retail Congress and Top 4 Inspiring Entrepreneurs Under 25 by Indiatimes Lifestyle Network.