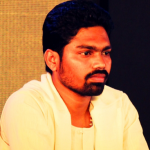 Anil Shetty, An engineering drop out turned social entrepreneur is the co founder of celebrities charity initiative ” Fly with VIP” which raised million dollar funding. He is also an independent investment banker and brand consultant. As a Time Investor he holds interest in several start up ventures.

An active social worker Anil is the youngest board member of BPAC ( Bangalore Political Action Committee ). He is the CEO of The a World Peacekeepers Movement which has more than million followers online. Curator of most popular initiative ” Peace Auto ” in Bangalore where the auto drivers are trained to behave well.

He is known for his efforts in building inclusive society. He started unique award shows for auto drivers, bus drivers, police constables, pourakarmikas and so on which he hosts like a film awards. Recently he raised funds for children suffering from cancer by publishing a coffee table book featuring 50 young achievers from Bangalore under the name “Project Hope- Whatever It Takes “.

Today at the age of 28, along with his business life he is running an active public life. Anil is spiritualist by nature and published one book already and writing his second book “Shopping in the spiritual supermarket “.